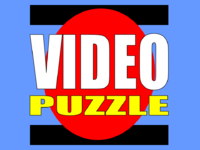 Different puzzles were played each time the team in control lands on a Video Puzzle space. The team that solved the puzzle gets the points and control of Mikey. Examples of video puzzles:

Retrieved from "https://nick-arcade.fandom.com/wiki/Video_Puzzle?oldid=4608"
Community content is available under CC-BY-SA unless otherwise noted.